The caves you will visit started out three hundred million years ago, as shells and skeletal remains and other sediments at the bottom of a warm and shallow sea. As the planet changed over millions of years, and earth movements covered and pushed the land up into mountains, the huge pressure and stresses formed the rock, we call limestone. Water has now carved its way over time, to produce a strange and exhilarating playground, for us lucky enough to be able explore them.


Swildon’s Hole is the longest cave on the Mendip Hills and is 9150 meters. It has a fine stream passage at the core of its system that resurges at Wookey Hole, over 3km away.


We start this trip by climbing in to the stream way and following it down waterfalls to enter some very impressive passages and chambers. This cave has some of the most impressive cave formations some of you may ever see. With long curtains, stalactites, stalagmites and flowstone that fills some of the passages up so much that some times we have to push between then. The stream can get quite big in wet whether and the waterfalls roar under the power, but this only adds to the fun! And you will get wet. 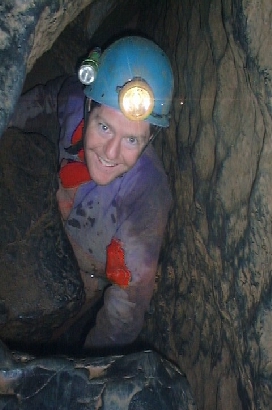 Tel: 0797 162 1946 | Email: info@adventurecaving.co.uk | Web: www.adventurecaving.co.uk
WARNING: - Caving, Potholing are dangerous sports. Caving Adventures are dangerous and Adventure Caving are not prepared to compromise our excellent safety record nor compromise the safety and enjoyment of our customers. Instructors reserve the right to eject anyone from these activities & adventures, without refund of any monies paid, if in the Instructor's opinion a participant fails to pay attention to instructions, fails to obey instructions or otherwise puts their own life or the lives and enjoyment of other participants at risk. Although Caving, Potholing are dangerous they can be enjoyed from a very young age, and with the correct instruction are a very enjoyable and exciting activity & adventure for all the family.